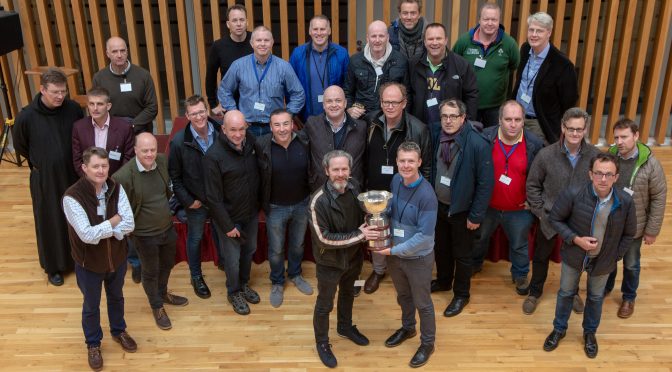 It’s difficult to understand what the IRFU was thinking of when it invited the All Blacks to the Aviva Stadium on November 17. Didn’t it know that was the Saturday of the Class of 88′ 30th reunion? Come on! No one thought the Test between the No. 1 and 2 in the world was a warm-up for something else, but that’s what it was.

The reunion lasted a bit longer than the 80 minutes it took for Ireland and Joe Schmidt to down New Zealand. Though the main gathering was on November 17, an advance party stormed Adare a night early and went to dinner at the 1826 restaurant, opposite the Dunraven Arms, the venue for the reunion dinner on the Saturday.

On the Saturday it was up early and out to Glenstal to gatecrash another anniversary – the mass marking Br Cyprian’s 25 years as a monk, though it was nice of Abbot Brendan to mention us in his introduction. After lunch in the senior and inter ref we roamed the school and the grounds, noting the impressive upgrade of facilities and stopping for the obligatory homage to the Munster Schools’ Senior Cup, which the SCT won so memorably earlier in the year. It was also good to see some familiar faces such as Frs Denis, William, Philip, Simon, and Christopher. When we reached the pitches, some just had to try to recreate scenes from matches in the distant past – Truff, the posts still didn’t move!

The dry weather lent itself to photo opportunities around the chapel lake and bridge, and in front of the castle. Shane Vaughan operated his drone expertly to provide some memorable images from the day.

We regrouped at the monastery reception, before taking in the retail experience that is the shop – and very impressive it is too. It is a long way from the monks’ CDs and jars of honey, which was about the extent of the offering in our day. Brown Thomas watch out!

Then it was back to the Dunraven Arms and dinner, but before that, the match (see below). A dominant Irish performance meant we sat down in good spirits – apart from those that were already down us – for an evening of fine food and drink, and reminiscing with the aid of an album of over 300 archive photos dating back to 1982.  Many of the images were seeing the light of day for the first time

Dinner included other special moments: the letter and poem Br Patrick, as he then was, wrote for our leaving dinner in 1988 got another airing 30 years later and Peter O’Meara, who was unable to attend due to filming commitments in Prague, recorded a video message for the class which was played at dinner

After dinner, it was time for more catching up in the bar, with Paul Hegarty entertaining us at the piano, though a sing-song failed to take off.

Given the action-packed couple of days and nights, it was a credit to us all that we appeared for breakfast the following morning as early as we did. Then the drift away happened, as travel connections had to be made and appointments kept. The weekend happened too quickly.

Thirty one made it to the reunion, including travellers from afar, such as Rolf Hogan from Moscow, Jaime Ordovas from Majorca and Henry Farrell from Washington, as well as our very own monk, Br Luke (John) McNamara. Richard Tierney, Stephen Walsh and Matt Bruton were the event organisers extraordinaire.

However, the reunion would not have been the same without a bit of drama. After all, this is the class that stretched the school’s disciplinary strings as far as they would go and back again. In the same week as the reunion, Andy Beatty, our Western warrior, was caught in a medical misadventure. Thankfully, the medics got to him in time and he is recovering well. He was even spotted with an empty pint glass in front of him not long afterwards. We’re not saying he drank it but…

Here’s to the next 10 years – though no doubt, we will meet again before then – and continued good fortune to the Class of ’88.

Here is a link to photographs 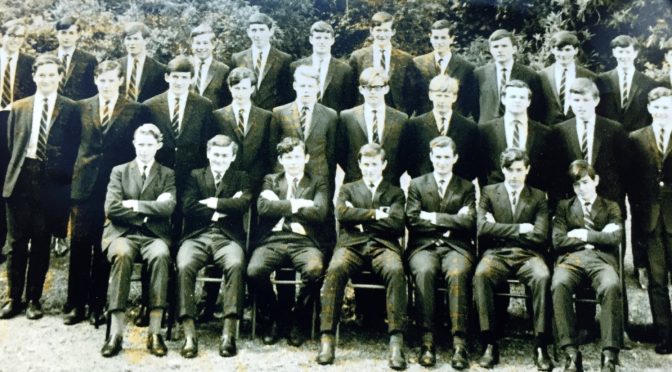 Recently the leaving class of 1967 met in Kerry for a 50th reunion of leaving Glenstal. Many had not met since departing and there was some anxiety generated as to what the responses would be to such a project.

Using Ubique 2015 the class was listed as 29, however there were two others who had started with the majority who had left during the course of their studies, and were considered to be members of the class of 1967 – Peter Magnier (1966) and Ted (Terence) Hederman (1965), making a total of 31. Sadly during the intervening years 5 had deceased – Robert Griffin (2001), Paul O’Sullivan (2009), Martin Owens (2009), Hugh Kennedy (2011) and David Egan (2016) – now 26. Using the data available – e-mails and addresses contact was made with most; however 3 persons even using personal contacts did not respond – 23. Four of the classmates who responded; two had planned to be abroad at the time – Australia and China, one who returned to Glenstal for another year was hesitant about joining the class of 1967, and the fourth who had agreed to come from America – got held up with his travel arrangements following a fishing trip to Canada – 19.

On the Friday 12th golf was arranged at Dooks Golf Club near Glenbeigh – seven men and three ladies played a stableford scoring competition in a very sunny and warm afternoon. Afterwards the group and others who had arrived had dinner at Jacks Restaurant in Cromane.

On Saturday 13th evening the group met at The Europe Hotel in Killarney for dinner at which 18 “old boys” attended (the “one” was excused as he was previously engaged – but had provided chocolates as prizes for the golfers). Accompanying some of the men were their spouses – some 10 ladies making a total of 28 guests who died (sic) in style in a secluded private area of the Lakeview Restaurant. The group adjourned to the nearby bar and most had got to bed by 02.00 hrs Sunday morning. The meeting was deemed a very successful event and plans were agreed that we should meet again in 5 years time (2022). 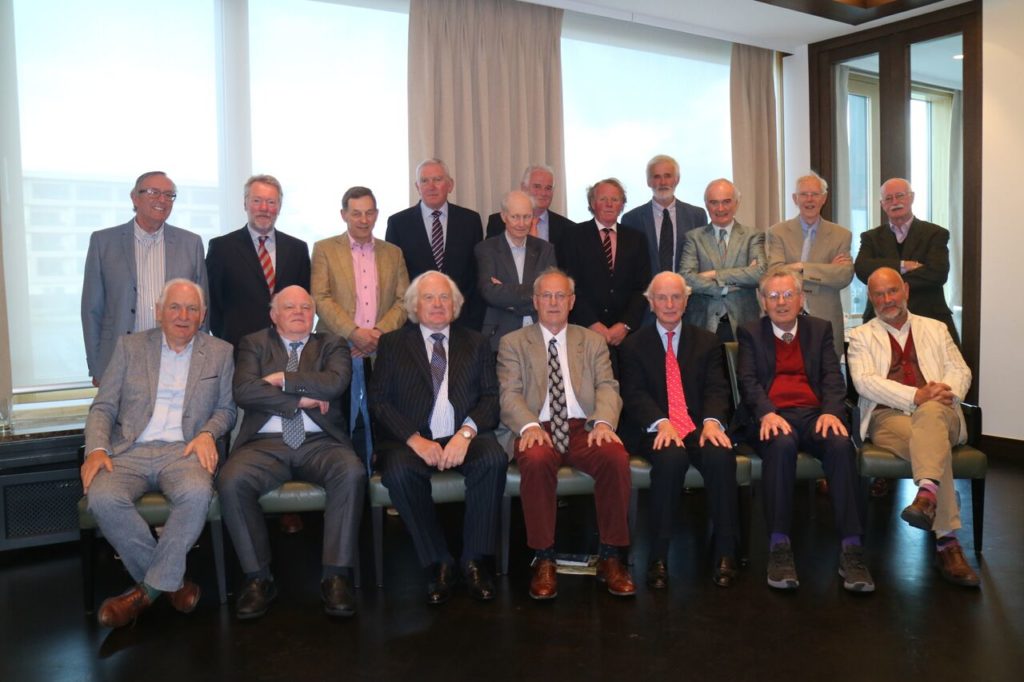 Fred Cudmore (was absent from this photograph). 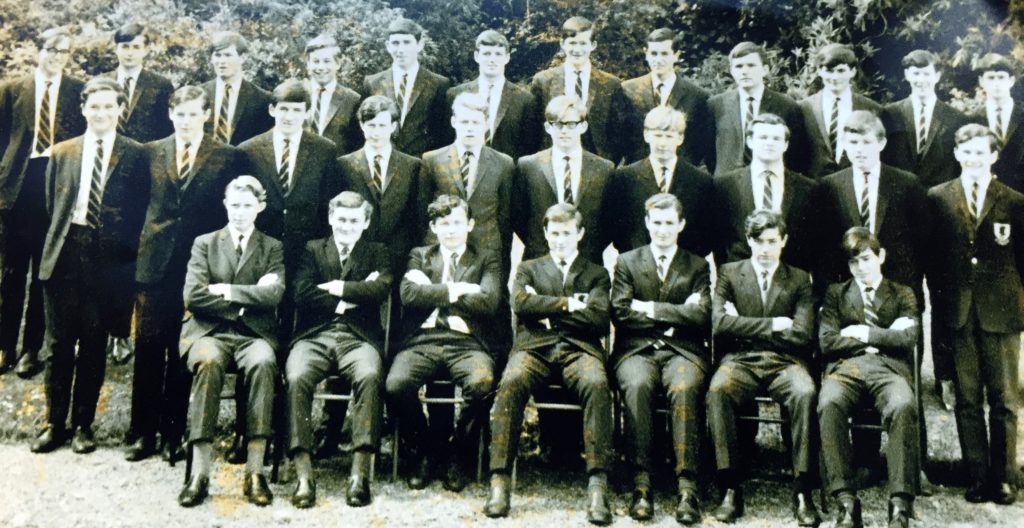 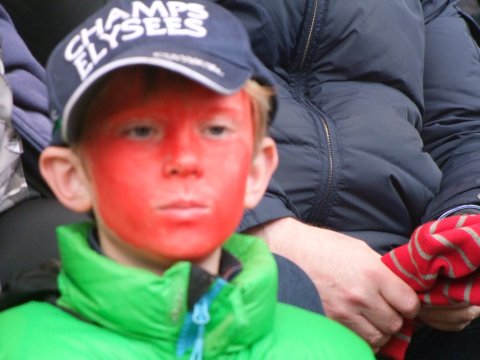 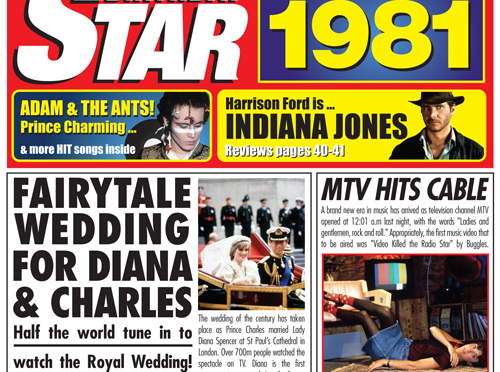 In 1981 Greece was (regrettably!) admitted as a member of the European Union, forty nine people died in the Stardust fire, President Pinochet was sworn in as the President of Chile, the first DeLorean car was produced in Northern Ireland, there were assassination attempts on Ronald Reagan and Pope John Paul II, Bobby Sands became the first of ten IRA hunger strikers to die in the Maze Prison, Peter Sutcliffe (the Yorkshire Ripper) was jailed for life, John McEnroe launched his famous tirade “you cannot be serious” at the umpire in Wimbledon, Shergar won the Derby, Lady Diana married the Prince of Wales, France abolished the guillotine, Raiders of the Lost Ark pipped On Golden Pond as the highest grossing film and the Human League with Don’t you want me vied for the top spot in the charts with Queen’s and David Bowie’s Under Pressure.

Also in 1981, we would all have had rooms containing a television, record player, radio, torch, alarm clock, bookshelves (with books, newspapers and magazines), diary, address book, camera, cine camera, an egg-timer, a record collection, an atlas, photo album, newspapers, envelopes, letter paper and stamps, typewriter and many other devices. Now we have a single smart phone (and possibly a kindle) which has, would you believe, more computer power than all of NASA’s computer power in the 1980’s.

The other thing that was more common in 1981 was meeting up. Now with Facebook, twitter, WhatsApp, Snapchat etc., meetings often take a back seat. This is hardly an excuse for failing to have a reunion for the last ten years but is sadly consistent with our track record of having only had three reunions in the last thirty five years. In any event, we will all soon be (at least) thirty five years out of school and we are proposing to arrange a reunion at The Dunraven Arms Hotel in Adare, Co. Limerick on Saturday, 13th February 2016. Sadly, we will be one man down at our thirty fifth reunion because of (as you all probably know) the premature death of Johnny (Sherlock) Holmes who died last year leaving two young sons behind.

We do hope as many people as possible attend because meeting is better than WhatsApp!

Please let us know if you will be attending by contacting either of us at the following email addresses:- 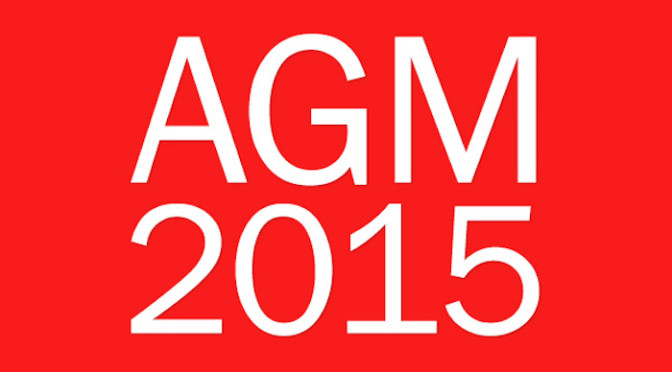 The AGM of the Glenstal Old Boys Society will take place on Sunday 1st November 2015 in Glenstal.

This will be 70 years to to exact day since the first meeting of the Society in 1945.

Further details will be confirmed closer to the date.

Alas we are refreshed without remorse and WOW did we have a party in the RSGYC last Friday.

The group photograph is a who’s who… the caption might read….”Would you buy a used car from any of these men?”  I suppose Canto said it all when he remarked that “Although the shapes have changed, the personalities have not!”

Many thanks to our dynamic President Greg Ashe, who travelled despite many distractions and chose our party to enjoy a few libations… and doesn’t he speak well.

The biggest round of applause was retained for POD who came from Gay Paris and he also won best dressed in the Paddock… Billy G came second!!

Fr Andrew suffered a groin strain  on the platform in Limerick Junction (in truth all the trains were filled with One Direction fans heading to Dublin so there was no room) so alas we didn’t have his company but we did drink to his health… We wish the great man well.

Br Denis, Secretary of Old Boys was hosting the Sportsday that weekend and was Hors De Combat.

From the very fine menu we indulged in the veritable feast for the soul… We accentuated the positives in life and had what was declared an outstanding lunch, with a big dollop of love and friendship.

To those who were unable to attend, we missed you dearly and will keep you posted of our next outing.

Best wishes to all, 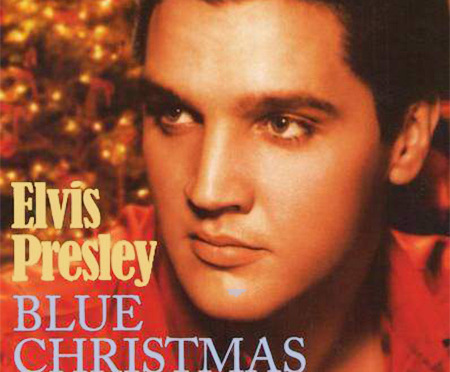 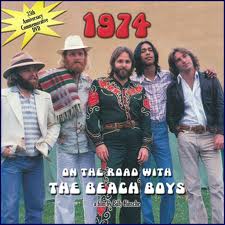 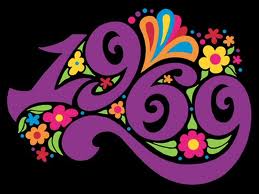 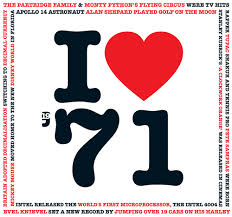 Price: € 55 per person to include wine