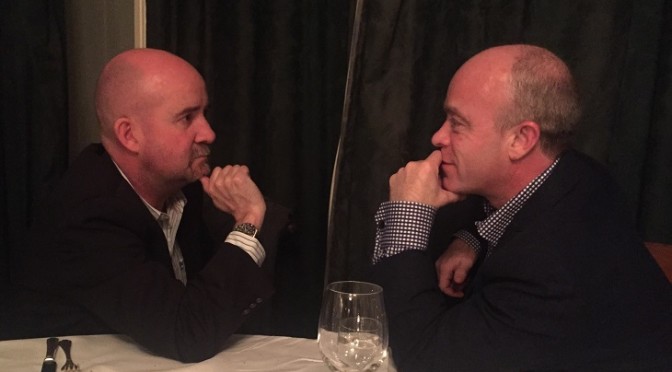 Saturday 6th November 2015 saw the Class of 1985 assemble in the Dunraven Arms to mark their 30 Year Reunion. Whilst several travelled from far flung places like Estonia and United States and even the depths of the Black Forest, undoubtedly the special guest award went to Ronan Coleman attending his first (but hopefully not his last) reunion. Fr Christopher got to re-live his Senior Housemaster role briefly but without much success as Johnny Markey commandeered the piano and demonstrated that his piano playing is just as bad as his singing. It was a most enjoyable evening extending well into the early morning in Room 61.

Several managed to make it out to Glenstal for Mass the next morning and caught up with Fr Andrew over a cup coffee afterwards. Little were we to know that only a few weeks later he would be gone from this place – may he rest in peace.

It was remarked that as the years pass the recovery takes longer! Roll on 2020…